To most people, typefaces are pretty insignificant. Yet to their devotees, they are the most important feature of text, giving subliminal messages that can either entice or revolt readers, says Tom de Castella. 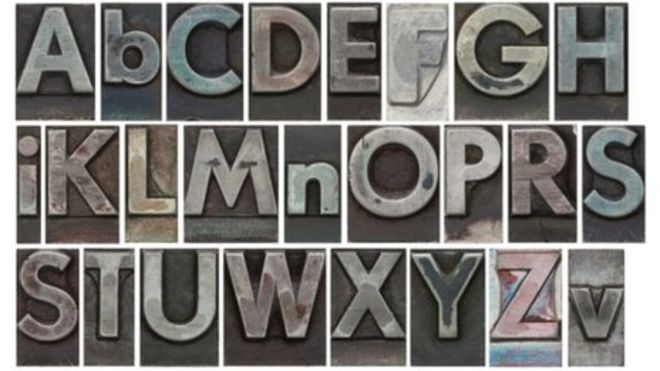 When Avatar, the biggest grossing movie of all time was released, one section of the audience was immediately outraged.

Graphic designers hated it. Why? They didn’t like the font that director James Cameron had chosen for the subtitles.

“I hated it on the posters and then threw up a little in my mouth when I realised I would have to read that ugly font throughout the film in the subtitles,” one blogger commented.

“After the hundreds of millions of dollars spent on CG effects, did he just run out of money for a decent graphic designer?”

And yet fonts are not just for geeks. Otherwise why would organisations around the world spend so much time and money changing their typeface?

In April, the Mail on Sunday reported that the Foreign and Commonwealth Office spent £80,000 changing its typeface to one that was almost identical.

Last month Gatwick Airport unveiled a new logo, replacing a rather austere style with a custom-made, handwritten script. A spokeswoman said the change was an attempt to emphasise the airport’s “personal touch”. And in the past week the BBC website has taken on a new look, replacing Verdana font with Arial (on PCs) and Neue Helvetica (on Macs).

But can different shaped letterforms really convey those values?

The old Gatwick logo, in Frutiger, was said to be ‘uncompromising’…

The power of the font goes back to the Greeks, says Julie Strawson, director of Monotype Imaging, an international type-design company. “The Greeks created handwriting and that’s one of the most personal ways of communicating.”

A typeface may never quite be able to replicate the intimacy of pen and ink but with an estimated 200,000 fonts to choose from today, there are no shortage of different styles to choose from.

One of the crucial dilemmas is whether to opt for serif or sans serif. In a serif typeface the letters have extra curls and bobbles, reminiscent of calligraphy, whereas in sans serif (literally without serif) the letter forms have clean lines without any protruding bits.

“Some people find serif best because, like handwriting, it helps the eye to link the letters,” Ms Strawson says. “With sans each character is completely separate, there’s more white space which is why some find it more readable.”

The typeface matters because of its power to create a sense of recognition and trust, she argues: “Everyone recognises the BBC just from three characters in Gill Sans. It’s an icon. If you wrote BBC in a flowery font people wouldn’t recognise it.”

Banks are particularly aware of this, with companies like Barclays creating their own branded font to reinforce a sense of security at a time when fear of fraud and scamming is high.

But Jonathan Barnbrook, founder of the website Virus Fonts, believes the power of typography goes beyond such utilitarian aims.

“A good typeface creates an emotional response in relation to the message it is conveying. You’re trying to get that tone of voice right – you can shout or whisper. And you want to sum up the spirit of the age, because they do date quite quickly.”

People have become more aware about the impact of fonts because of computers, but the power of a typeface is still largely subliminal, he argues. Mr Barnbrook is best known for producing provocatively named, subversive fonts such as Exocet, Bastard, Prozac and Nixon. He also designed the cover of Heathen, David Bowie’s 2002 album.

“I talked a lot with Bowie – the discussions went back and forth. He’s the creator and you’re trying to get the atmosphere of the music across in the design. I chose one of our own fonts – Priori – which is formal but playful, as the album was quite dark.”

Indeed there’s no limit to the emotional range a typeface can reflect. “Typography is so closely associated with language so you can express irony and get the whole complexity of emotion in there,” adds Mr Barnbrook.

To get the perfect typeface to represent your company, contact us at [email protected]